Hong Kong: A land of contrasts 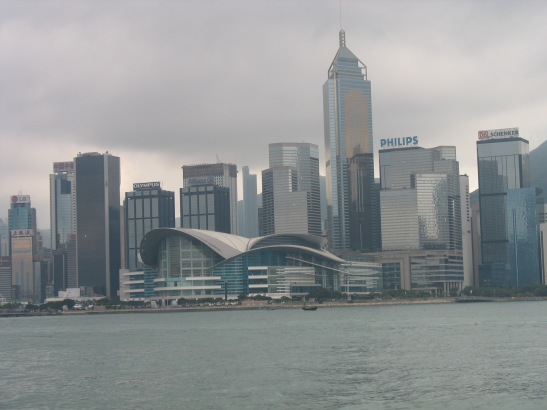 It is a place that brings to mind images of neon-topped skyscrapers and glitzy modern shopping malls filled with the latest in brand names and styles.

Yet the 21st century metropolis that is Hong Kong – or more correctly ‘the Special Administrative Region of Hong Kong’ that is part of the People’s Republic of China – is truly a land of contrasts, a place that uniquely blends Asian and European traditions. It is a place where five millennia of Chinese history and culture has been influenced yet not eradicated by 150 years of British colonial rule.

Here you can shop for the latest electronic gadgets and pret-a-porter fashions from the haute couture houses of Paris – or browse for cheap clothes, jade and even pet birds in the quaint street markets around Mong Kok. You can visit modern themed entertainment centres like Madame Tussauds Hong Kong with over a hundred lifelike wax figures of celebrities or Disneyland Hong Kong with its famous Sleeping Beauty castle. Both these “outlets” of the famous originals now cater to the seven million locals and more than seven million visitors who come here each year.

Or you can take the boat from the Ferry Pier in Central Hong Kong to Lantau, the largest of Hong Kong’s 236 islands. Climb up the 268 step path to admire one of the largest Buddha statues in the world. The 34 metre high Giant Buddha ‘Tai Tan’ sits atop the Ngong Ping hill surrounded by lush, wild vegetation. Situated in serene gardens just opposite the statue is the Po Lin Monastery – home to a community of Buddhist monks.

While on Lantau Island spend time to explore the traditional fishing village of Tai O where the Tanka people, descendants of Hong Kong’s first settlers still live in stilt houses, much as their ancestors did long before the British colonised this place.

For a truly Hong Kong experience, don’t fail to take a ride across the harbour in the Star Ferry. The green and white boats have been plying this route since 1898, taking seven minutes for the journey, ten minutes between crossings. The one way trip from Central Hong Kong to Tsim Sha Tsui on the Kowloon side costs only HK $2.50 – and is free for those over 65 years. Just as it was when I lived in Hong Kong some twenty years ago, the view of the island skyline as the boat pulls out of the Central Pier is still magnificent!

You can have a traditional English Afternoon Tea, complete with scones, cucumber sandwiches and Darjeeling tea at a posh hotel like the Peninsula on the Tsim Sha Tsui waterfront – and next morning enjoy a typical Chinese breakfast of rice congee and mixed fried noodles at a cheap street-side dai pai dong. Watch the spectacular daily sound and light show A Symphony of Lights from the harbour front at Tsim Sha Tsui and thrill to the spectacular vistas of Hong Kong harbour at night – and on the following day travel for an hour or so outside the big city to enjoy rural views of rugged mountains, peaceful beaches and the green islands of the South China sea.

Hong Kong has more than 500 temples that cater to the major religions of Buddhism, Taoism and Confucianism. Many – like Tuen Mun’s Ching Chung Koon temple with its colourful paintings, pavilions, pagodas and pai-laus (ornamental arches) – stand cheek by jowl with high rise apartment blocks. In contrast the tranquil and beautifully preserved 120 year old Hung Shing temple situated on Kau Sai Chau island is only accessible by boat from the New Territories town of Sai Kung.

Visitors marvel at Hong Kong’s technologically advanced and efficient Mass Transit Railway (MTR) transport system, the graceful Tsing Ma Bridge which is one of the world’s longest rail-and-road suspension bridges and the modern Chep Lap Kok airport. The trip from airport to city centre on the Airport Express train costs just HK$ 100 and takes only 25 minutes.

Go to Hong Kong if you must for business and shopping – but don’t forget to take time off to experience the ageless beauty, spectacular views and matchless wonders of this memorable city.

This entry was posted on August 14, 2016 by Dr. Sanjiva Wijesinha in Uncategorized and tagged hong kong, star ferry, travel.