A New Role for the Sri Lankan Diaspora 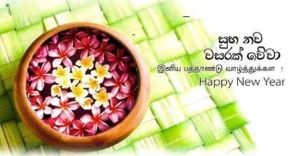 Last year my medical school class had a reunion.

Many years (although it seems like just the other day!) have passed since all of us graduated from the Colombo Medical College – and the fact that we can all get together several decades later is certainly a great privilege. It was an even greater privilege in 2012 because the majority of our class was coming from overseas, having left Sri Lanka for better and safer pastures over the intervening years.

Some of my old classmates had not set foot in tis country since they left, having spent the better part of their lives working abroad, raising their families as part of that huge population of expatriate Sri Lankans living in countries like Britain, America, Canada and Australia. And now, approaching the age of retirement, they are returning to the land of their birth and childhood to rediscover old friends and old haunts, to explore the possibility of retiring to this island in the sun – and to decide for themselves, perhaps, whether they are willing to play a role in the motherland’s recovery from the dark ages of the war.

When the war ended, the first challenge for Sri Lanka was to resettle displaced people in their original locations and set up support services – which ranged from basic things such as rebuilding houses to more complex matters such as dealing with people’s psycho-social problems. Now that such relocations and resettlements are well under way, the next step is to move on to development oriented sustainability in the war devastated areas.

The end of the war has transformed the development prospects of the entire country. Statistics show that there is significant momentum in the economy of the previously war-torn Northern and Eastern provinces – but these high growth rates could simply reflect the fact that they are starting from very low bases. There has certainly been a spurt in growth rates, around 20 to 23 per cent, in the former war areas. The challenge now is to sustain in these areas in the long term a growth rate of between 8 to 10% together with the rest of the country.

“The government” says my old friend Indrajith Coomaraswamy, well known economist and former Director of the Economic Affairs Division of the Commonwealth Secratariat, “is going ahead with restoring infrastructure and housing which should strengthen the growth framework; however these areas also need private investment. It is in these efforts that the Sri Lankan Diaspora, if it so desires, can play a massive role.”

This term Sri Lankan Diaspora has been thrown around quite frequently – and not always favourably – in conversations in recent times. To many in Sri Lanka,this Diaspora represents a nasty group of people who live overseas and spend their time protesting and bad-mouthing our country, working on gullible politicians and NGOs in countries like Australia, Britain, Norway and Canada to create problems for Sri Lanka.

It should be understood however that this Diaspora is not a monolithic entity. It consists of people who are very different in terms of ethnicity, religion,caste, values and socio-economic class – and who subscribe to a great and often diverse range of views within each of these various groups. The Diaspora comprises of a mosaic, a hotch-potch if you will, of great diversity – which reflects after all the character of Sri Lanka itself.

It will not be easy – but if members of the Diaspora make an effort to visit the country and see for themselves the work being done and the favourable and optimistic overall environment, it will I am sure encourage these people to find ways of making their own contributions.

Many members of the Diaspora have over the years been engaged in some form of social service in Sri Lanka – not always coming down physically, but collecting funds and contributing financially and with resources to welfare activities in Sri Lanka. Unfortunately, there are not so many examples of these folk bringing in investment and/or sharing their experience and knowledge with Sri Lankans in Sri Lanka. But it is happening, albeit slowly – and one can only hope that such efforts will increase.

Sri Lankans who live overseas – particularly those who were born and educated in the North and East – have the capacity to make a transformative impact on the development prospects in these areas.

Returning and rediscovering what is being done here (instead of observing and criticising from 9000 kilometres away) should certainly give them hope and optimism about Sri Lanka’s future – and encourage them put their expertise and money where their heart is.

This entry was posted on March 31, 2013 by Dr. Sanjiva Wijesinha in Uncategorized and tagged sri lanka politics.