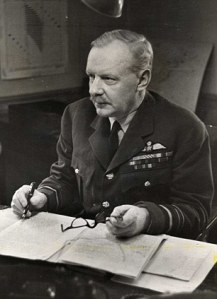 It is relevant here to remember that when Britain and its ally the United Sates united during the Second World War to defeat Nazi Germany and the Hitler regime in 1945, they utilised some of the most powerful military resources they had at their disposal to defeat Hitler’s regime.

In February 1945, the British Royal Air Force unleashed devastating fire-bombing raids on the Northern German city of Dresden, a city of culture which contained many historic buildings – as well as in 1945, thousands of refugees. It is estimated that from the 13th to the 14th of February 1945, between 35,000 and 135,000 people were killed in Dresden by Allied bombing.

The attack was widely criticised at the time because the RAF’s ‘blanket bombing’ hit not only military targets but also civilian areas – and killed thousands of innocent people.

There was no call by any governments or organizations at the time for any inquiry – and no mention of the Human Rights of the Germans of Dresden. Britain was not called on to defend its actions by modern day organisations like the UN Human Rights Council or Amnesty International!

But even more significant than Harris’s assertion that he would do it again if he had to, was his claim that carpet bombing of German cities was not his idea.  It was, he said (quote) “already Government policy” (unquote). He stated in that interview “I lived in a shower of directives from the day I took over to the last day of war. The directive when I took over was that I was to …blast the German cities as a whole.”

In 2009, Sri Lanka was facing a terrorist organisation that could well be compared to Hitler’s Nazi regime. Both Britain and the US had proscribed the LTTE as a terrorist  organisation.  The Sri Lankan government used the resources it had to defeat that organisation, end what was a horrible and devastating war – and restore peace to our country.

War is a nasty business – and inevitably results in casualties not only of military personnel but also of non-combatant civilians (as happened in Dresden, Hiroshima and Baghdad)

It is certainly a pity that David Cameron has conveniently forgotten the history of the Second World war – and the legacy of Bomber Harris.

Has anyone shown concern about the Human Rights of the innocent people of Dresden – or questioned British government policy in 1945 vis-a- vis the bombing of German cities??

One comment on “Britain, Sri Lanka and Hypocrisy over Human Rights”